HeiDoc.net vs. Amazon.com Part 6: More Allegations against us

In the last article we examined the major reason for our Amazon account closures, and now we'll look at the details of a number of other reasons they gave. Both the details as well as the timing of these allegations show how desperate they were to find just anything against me, so that they would not have to pay their outstanding debts to me. We'll uncover the lies of Amazon.com here, one by one, to expose their unethical behavior.

Allegation 1: HeiDoc has not responded to the Warning Message

As I wrote in an earlier post, Amazon.com had sent me a warning message on 12 July, and given me five business days to respond and to explain how I generate traffic. Amazon.com claims that I never submitted any reply. Here is an excerpt from their fraud investigation report as submitted by Amazon.com to the arbitration tribunal as evidence:

There was no response to this warning email. The written warning gives our Associates 5 business days to comply and instead of closing after the written time frame, we did not close this Associate Account until August 2nd 2017, giving extra time to come into compliance and reply. The Associate failed to do so, this put the account in breach of contract as stated in 8. Content on Your Site: (x) Upon our request, you will provide us with written certification that you have complied with the Agreement (generally or specifically with respect to any provision of the Agreement, including the Program Policies).

On the other hand, I have hard proof that I replied in time, and that Amazon.com received my reply, directly from a note that they also submitted as evidence:

Associate wrote back on Friday, July 14 2017 6:30 AM (PDT) with a compliance report that can be found in the document folder.

Ironically, this sentence has even been highligted by them.

Conclusion: this allegation is completely fabricated!

Allegation 2: Multilple violations of all sorts

Amazon.com accused HeiDoc of numerous violations of their terms. We'll look at them individually later. In general though, I have hard proof that I was not in violation of Amazon's terms. Thankfully, Amazon has again submitted the proof to the arbitration tribunal as evidence, making it easy for me to expose their lies. One of their documents contains notes about an audit of HeiDoc.net in 2016:

Thu 24, Mar 2016
Signin History: +7 KH
Payment History: accounts been open forever but just started earning in 2013.
Additional Comments: They have a functionality on their site that allows you to see which region of amazon is the cheapest for a product, and also to look for free kindle books. I dont love it but dont see any fraud. Investigator: m. action: Pass

Since there were no substantial changes made to HeiDoc.net between March 2016 and August 2017, there is again only one conclusion: this allegation is completely fabricated!

Allegation 3: Promotion of free Kindle books that were not free

So the allegation is that HeiDoc has made false claims in the free Kindle books newsletters. The exact quote from their exhibit is as follows:

The email newsletter is called Free Kindle Books from Amazon USA, when you click the links, you see that many of the books are not in fact free at all.

Then they present a screenshot with our newsletter dated 19 November 2017 00:46:14 UTC. The archived newsletter is still available. Then they have a screenshot showing that the book "The Happy Hollisters and the Haunted House Mystery: (Volume 21)" was not free, without giving any timestamp. Obviously, this book was free as a temporary promotion, and a screenshot without a timestamp doesn't prove anything. We asked the publisher of the "Happy Hollisters" for a statement about the free promotion multiple times, but never received a response. (Thanks for nothing, guys!)

However, there's still strong evidence that the "Happy Hollisters" were free on 19 November 2017. Consider the following facebook, forum and blog posts (one of which, Goodreads, even belongs to Amazon.com):

Conclusion: this allegation is fabricated as well..

Inconsistencies in the Dates.

Amazon.com claimed that the accounts were closed because of these allegations. However, this makes no sense at all. The accounts were closed in August 2017, two months prior to the date of this newsletter. By the time the investigation was done by Amazon, they had already received the second demand for arbitration by my attorney.

Again, this proves their unethical behavior. Not only does it show that they had received the demands for arbitration and were playing dead (why else would they start collecting evidence three months after the account closures), but they also collected this evidence much later, trying to justify their earlier actions. Shame on you, Amazon.com!

Allegation 4: Promotion of free Videos that were not free

Here's a quote from Amazon's arbitration brief with the exact allegation:

Similarly, Krohn's site has a page titled "Free Videos from Amazon.com" that contains Special Links to Amazon video product pages, but many of the videos were not free at all.

As further evidence they provide a screenshot from our "Free Videos" site, and claim that the video "American Horror Story Season 7" would be promoted as free, but in fact is not. As proof that it is not free, they attached a screenshot from Amazon.com with the top part of the product page, showing pricing information for the first five episodes only.

Clearly visible on the screnshot of our site is the disclaimer:

Free featurettes, chapters and individual episodes without Prime membership! The full products are not free!

This disclaimer is in bold above the list of free videos. There is no way for it to be overlooked. Having a closer look at the product page again, especially if one scrolls down, there turns out to be a free video (if I may call it that) "American Horror Story: Cult Promo". So is this free Cult Promo a free video or is it not? For sure, Amazon.com tried to hide its existence in their arbitration brief by cropping the screenshot of the product page in their evidence. How sneaky is that!

Conclusion: this is again a fabricated allegation.

As for more allegations, I will not go into details, but just outline them. They can be clearly identified as lies and fabrications just as easily. 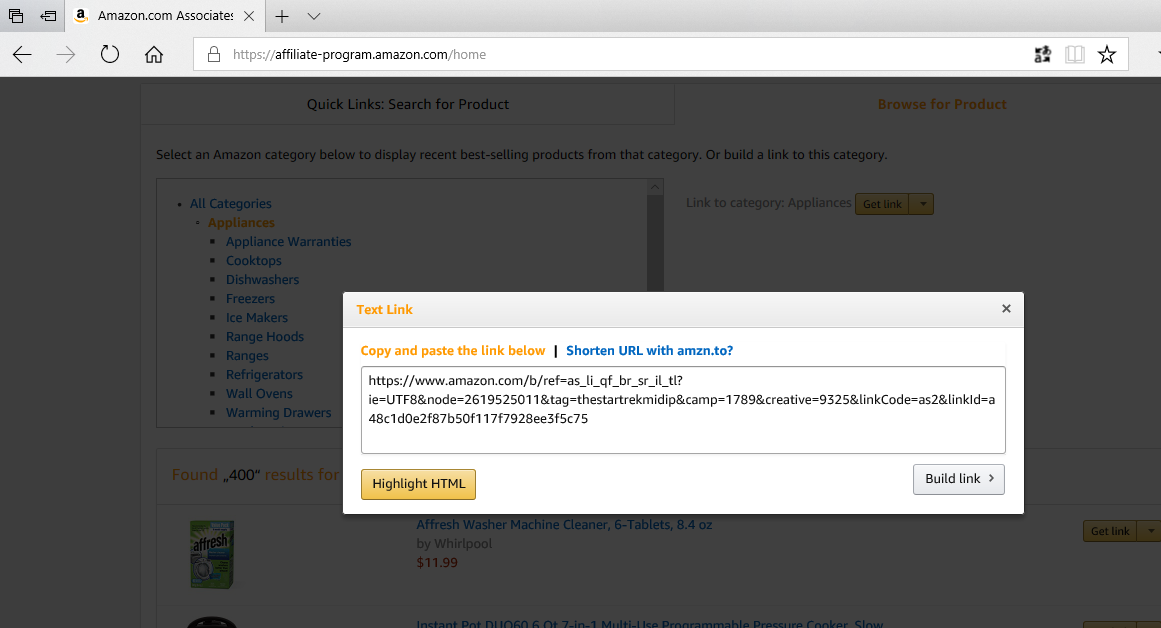 Declaration under the Penalty of Perjury

Having examined all these lies and fabrications in detail, the declaration by Amazon's Senior Associates Fraud Investigator Mr. M. requires some attention. I'm redacting his full name here, as I want to expose him in his function as senior fraud investigator, and not as a person. He made his declaration under the penalty of perjury, and I quote:

I declare under penalty of perjury under the laws of the State of Washington that the foregoing is true and correct to the best of my knowledge and belief.

I don't know whether the same rules and penalties for perjury apply at an arbitration tribunal, just the same as at a court of law. But if so, then this is serious. Let's look at some of the "foregoing" that was signed under penalty of perjury.

Most of the declaration concerns the evidence submitted by Amazon to be true and correct. There is nothing wrong with these points. Further on in the document, however, it reads:

4. Attached as Exhibit 3 is a true and correct copy of the fraud investigation annotations prepared by the Associates Fraud and Enforcement Team related to Mr. Krohn's accounts.

This is false. We've seen proof that these annotations were produced in November 2017, three months after my accounts had been closed with the allegations of fraud. These annotations, therefore, have nothing to do with the original account closures, but were written much later to justify earlier actions.

5. Attached as Exhibit 4 is a true and correct copy of the correspondence between Amazon and Mr. Krohn.

Exhibit 3 claims that I never replied to the initial warning message by Amazon.com, whereas Exhibit 4 indicates that my reply was received on 14 July 2017. It is logically impossible that both documents are true and correct.

10. My investigation of Mr. Krohn's account also revealed that Krohn distributed newsletters with misleading Amazon pricing information. The newsletters marketed Kindle eBooks as "Free," but many of the links led to Kindle eBooks that were not free at all. Similarly, Krohn's site had a page titled "Free Videos from Amazon.com" that contained Special Links to Amazon video product pages, but many of the videos were not free at all.

We've already seen that these allegations are completely fabricated. Therefore, it is obvious that Mr. M. included at least two false statements in his declaration under the penalty of perjury. These are highly questionable business ethics from the side of Amazon.com.

I'm glad I was able to provide evidence to disprove all these allegations. And since I can do that, and have solid proof, it tells us something about Amazon.com. Therefore, if you can, avoid making any kind of business with them. They're not to be trusted.

In the next part, we'll look at an alternative for e-books, especially if you already have a large Kindle library that you don't want to dump when switching to an alternative e-book reader.